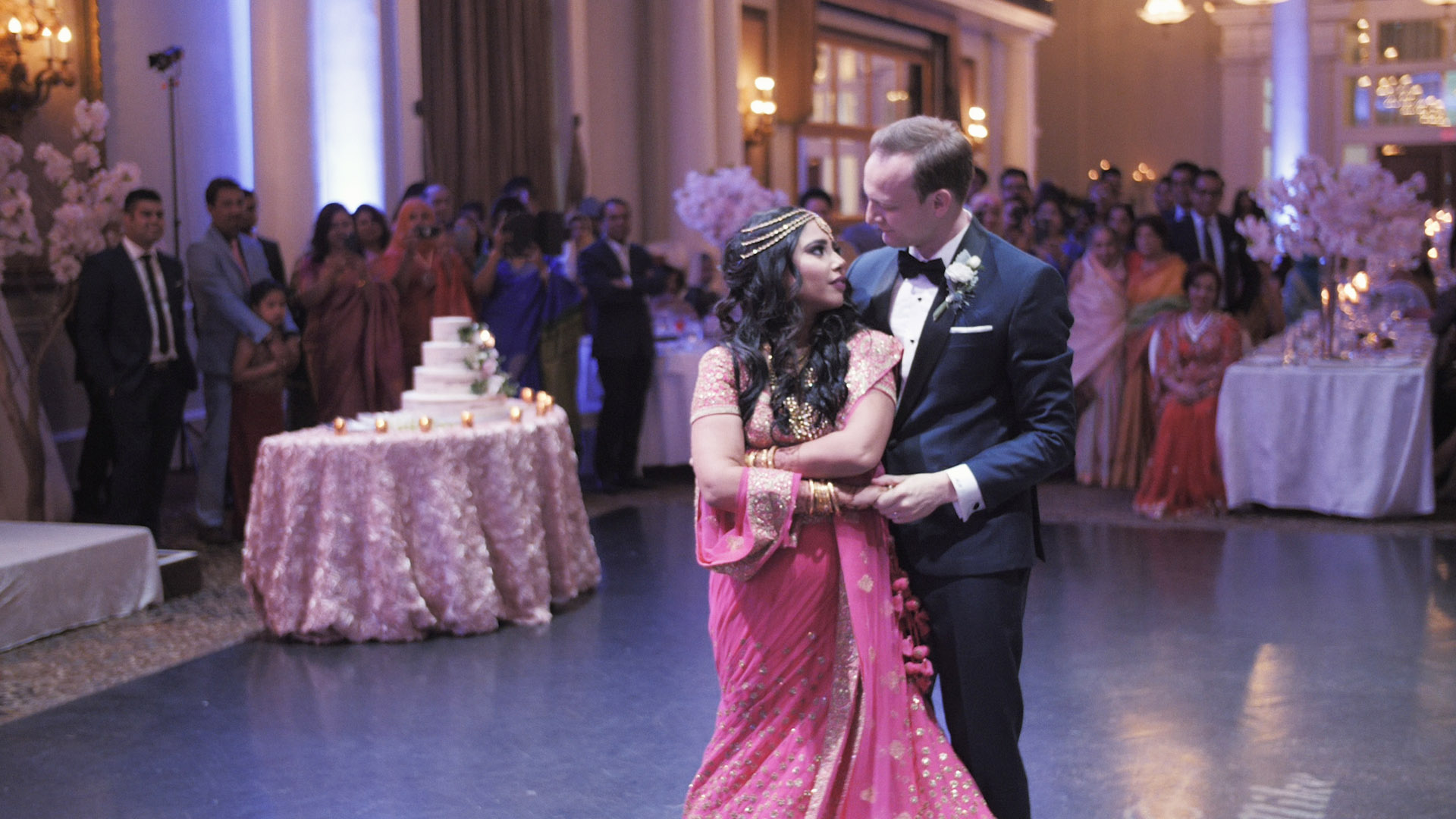 We couldn’t help but get excited when Mike and Nabeela requested a Same Day Edit as part of their wedding at the Liberty Grand in Toronto. The idea of putting together an entire wedding film within the space of hours might seem bonkers. But there’s just so much we love about Same Day Edits. There’s the thrill of a deadline, the collaborating between shooters and editor all at once and the immense immense gratification of seeing an audience’s react to your work.

A Toronto Same Day Edit at The Liberty Grand

At the end of the evening, Mike and Nabeela expressed their gratitude and told us how they loved the edit. It meant so much knowing that we had (at the very least) met their expectations and delivered on our promise to them. Putting together a Same Day Edit is a real team effort and there were high-fives all around.

We like to use our Same Day Edits as an opportunity to produce something a little different from a highlight film. If possible, we’ll shoot some pre-events or an engagement shoot and then conduct an interview session with the couple. It means that we already have some material to put in the edit to somewhat ease the pressure on the day. By interviewing the couple we’ll have some audio that can be used for our narrative rather than trying to figure that out on the fly. Then we have more time to go through our wedding day footage and put the best stuff in.

When it came to editing the interview footage, a clear theme emerged from what had been recorded. And that was a real sense of togetherness that Mike an Nabeela have. Their relationship wasn’t one that started with a bang. It began as a friendship and grew slowly until a realization that they shared something truly special. I loved that anecdote from Nabeela, talking about how they would go pretend furniture shopping. You can imagine how such an innocent sounding activity could plant the seed for imagining a life together. Then Mike sums it up so well. They didn’t need to ask each other what they liked, because their answers would always be the same.

Excitement for the Final Wedding Film

We’re already excited to put together Mike and Nabeela’s final wedding film. One of the things you miss from a Same Day Edit is large chunks of the reception. We’ve got some great speeches, performances and a pumping party to throw in there. Not to mention story expansion, additional beauty shots and emotional moments from throughout the day. Watch this space….